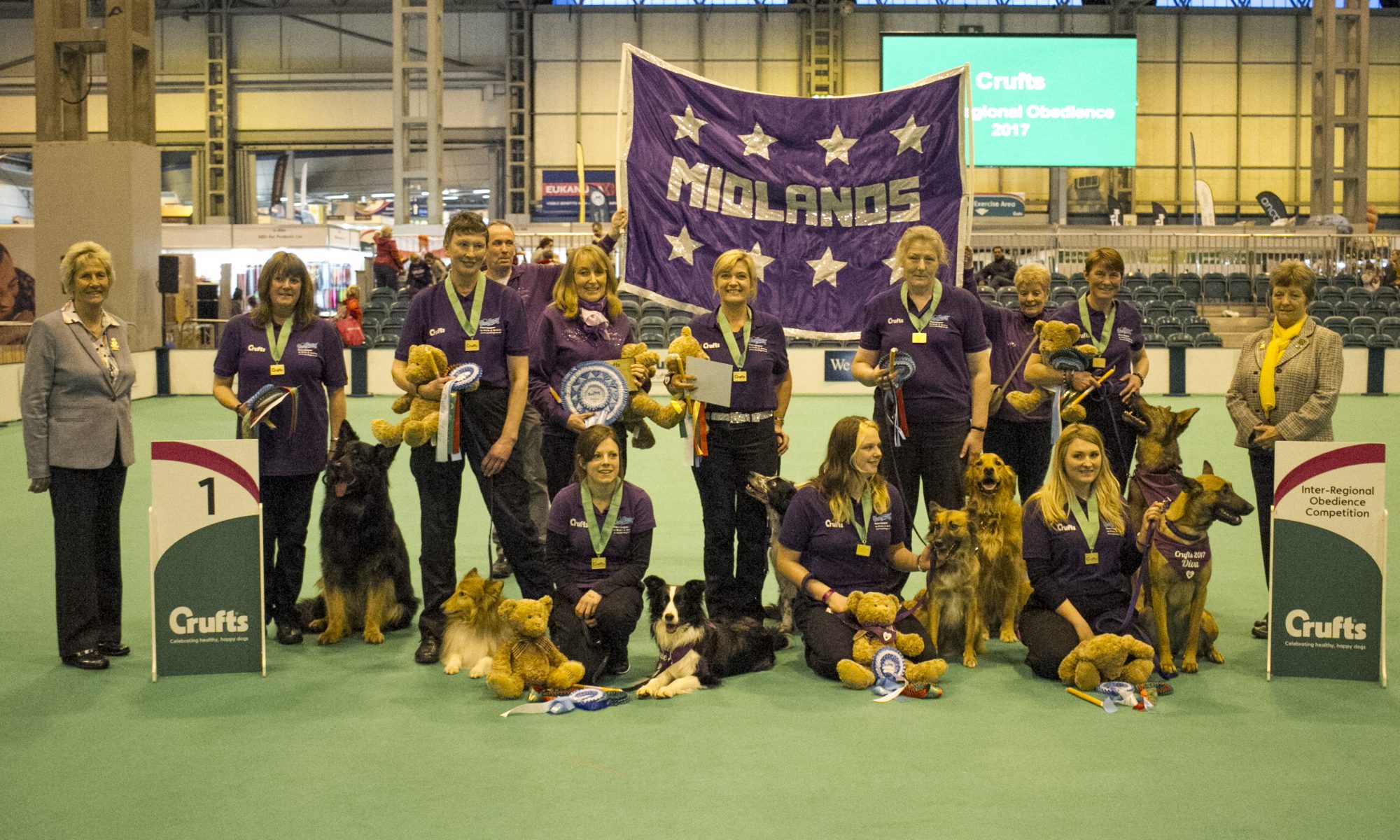 My thanks to the Kennel Club committee for the invitation and opportunity to judge the Crufts Inter-Regional competition I had the most incredible days judging ever. This could not have happened without a great team and mine was exceptional! there hard work and dedication to me was amazing everyone stepped up to the mark and made my day one I will remember forever

Ring steward Carl Thorn one of the best stewards ever cool calm and efficient it was a privilege to work with you!

Lyn Collins my scribe how you kept up was amazing I couldn’t have had anyone better!

Velma Sellans escort and A steward multi tasking you were incredible!

Leslie Thomas score runner and stay set up steward again you got it spot on just brilliant!

Pam Casado A class escort stay and decoy steward well done on all your tasks excellent!

Janet Oliver collecting ring not an easy job but you managed everyone brilliantly getting everyone in order!

Last but not least Brenda Potiphar on the scoreboard you were amazing so efficient with everything sorted at the end of a long day! Many many thanks to you all!

END_OF_DOCUMENT_TOKEN_TO_BE_REPLACED 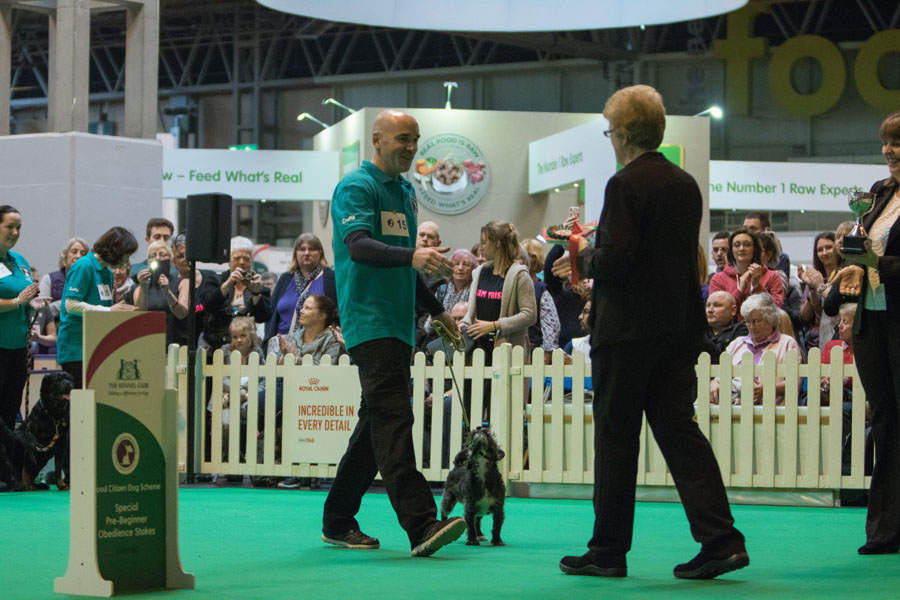 First of all I must thank the Kennel Club and the Crufts committee for the invitation to judge the two sections of this Stake, firstly the YKC element on the Friday and the overall section on the Saturday, an appointment which I thoroughly enjoyed. I have to thank my two stewards, Angela Bragg who ring stewarded on both days and Brenda Bragg my scribe who both did an ace job in spite of Angela feeling distinctly below par and Brenda starting with cold!
Assistance today was courtesy of the Good Citizens team, Heidi, Paul, Eileen, Dawn, Jane and anyone else I have missed my apologies. Eileen handed me a comprehensive result sheet almost before I left the ring after the stays for that Eileen, my grateful thanks!

END_OF_DOCUMENT_TOKEN_TO_BE_REPLACED 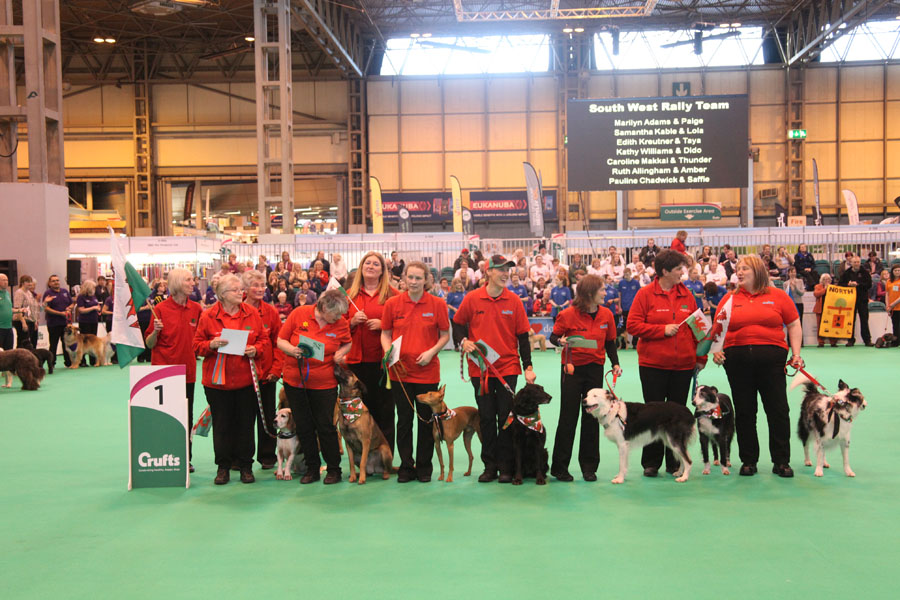 Regions and their Team Managers, in running order: 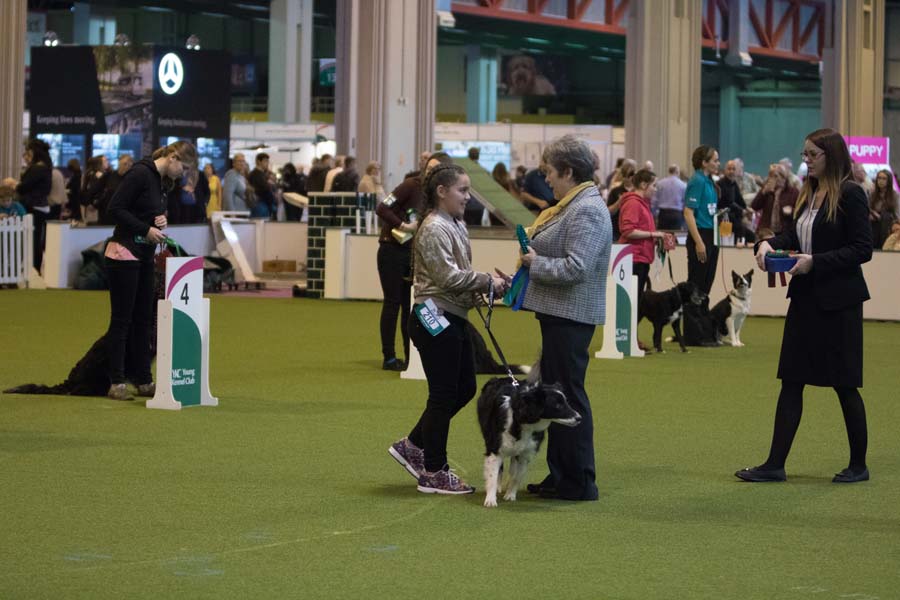 I would like to offer my very sincere thanks to the Kennel Club and the Young Kennel Club for the honour of the invitation to judge these Obedience classes at Crufts 2017. I enjoy working with young people and to have the opportunity to see how hard they have worked and how much they have achieved in our wonderful sport has indeed been a privilege.

END_OF_DOCUMENT_TOKEN_TO_BE_REPLACED 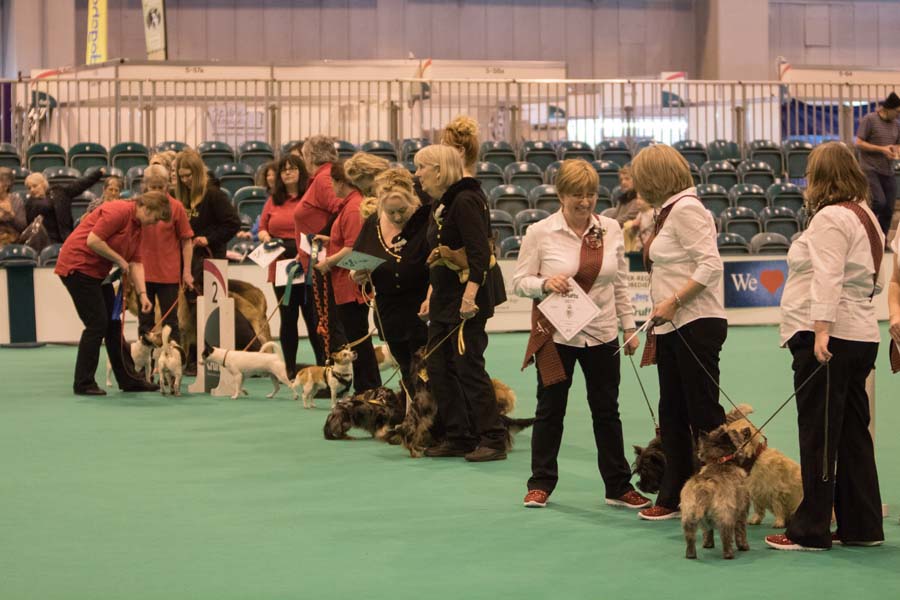 Firstly I would like to thank the Kennel Club for the opportunity to judge the Obreedience finals, and for the engraved vase given to me. Thanks also to Kate for making sure we had everything we needed before the show, and to Richard Kebble for being on hand from the Wednesday to help if needed.

As with all judging appointments, it is only possible to do so with a team by your side, and in this case it needed another 4 members! I am truly grateful to you all for giving up your time to come outfit shopping, practice the round before hand, and to all of you for arriving at the NEC on the Wednesday for the run through. Half the team are self-employed, so I really do appreciate that it was not just your time you gave up so freely. My team were Paul Cook (steward), Elaine New (scribe), Mandy Winborne (collecting ring) and Caroline Hall (collecting ring and make-up artiste!!). Together they brought brilliant sense of humours, lots of laughs, lots of help and ultimately made my job so much easier. Thank you!

END_OF_DOCUMENT_TOKEN_TO_BE_REPLACED

It’s that time of year again and Crufts 2017 is just around the corner so a look at some of the teams competing on the green carpet this year.

2016 proved to be a good year for the Obedience shows and Ticket classes. We didn’t have any really outrageous weather which meant that no shows had to be cancelled which was surely one headache less for the show organisers and committees.

For the 2016 season the top winning team in the Dog Championship was Geraldine Steadman and Ob Ch Nobite Defence of the Realm, winning 6 tickets in total. Taking the top honour in the Bitch Championship was Linda Rutherford with her Ob Ch Colliewood Confidential, winning a total of 8 tickets.

END_OF_DOCUMENT_TOKEN_TO_BE_REPLACED

Time has flown by and already its Sunday 13 March and the last day of Crufts 2016. For the obedience community it’s the final Obedience World Cup competition as Crufts in their wisdom have decided to remove the competition from the obedience schedule.

On arriving at Hall 5 you could see the team benches from the entrance doors as they were a blaze of colour from all the cards, balloons, banners and just about everything else people could buy to wish the teams Good Luck.

At 8.40 Gerard Paisley welcomed today’s judge Kim Innes into the ring, she took up a position on the left hand side of the ring and was then joined by her ring party. The parade of teams got underway led in by the team from Germany. Each team had their own piece of music for the parade which added to the atmosphere, there were small pockets of fans dotted around the stands and they greeted each team with enthusiasm.

Once Crufts was officially opened at 9am we had the proper introduction of today’s judge and Gerard gave a brief account of her time in obedience which started in 1981 and Kim had also competed in the inaugural Obedience World Cup competition. The ring party were then introduced and all were greeted with a round of applause.

END_OF_DOCUMENT_TOKEN_TO_BE_REPLACED 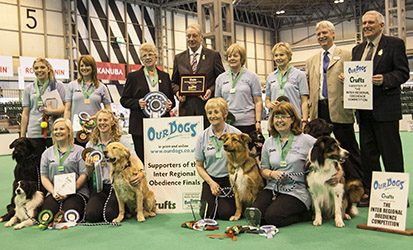 An early start for us and a short drive up the M40 to the NEC and the first day of Crufts 2016. And for the Obedience community it’s the Inter Regional competition today.

Arriving at Hall 5 we head for the benches to deliver a few good luck cards, grab a coffee and then head up to the seats. Today’s judge Nigel Slater and his team enter the ring at 8.40 and take up their positions on the left hand side of the ring, then the start of the parade of today’s teams, as usual for a Thursday morning there’s only a few pockets of supporters that have made their way into the stands but they greet each team with enthusiasm.

Crufts was officially opened at 9am and our favourite man on the mic Gerard Paisley introduced today’s judge Nigel Slater, giving brief details on his journey in obedience and then Gerard introduced the ring party for today and what role they would be taking on, they all received a good round of applause. The judge was wearing a dark grey suit, white shirt and multi coloured tie, the female stewards were in black trousers, grey velour tops with scarves under, each scarf a different colour, matching the regional colours for today. The male stewards were in black trousers, white shirts, multi coloured ties and a grey jumper.

END_OF_DOCUMENT_TOKEN_TO_BE_REPLACED 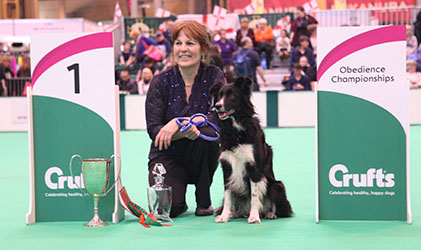 Early Saturday morning and an easy drive up from the hotel today, thankfully not much traffic around so straight into the car park at the NEC then we hop on one of the coaches that deliver you virtually to the door. We make our way to Hall 5 and meet up with a few friends, hand out some good luck cards, grab the customary coffee and take our seats ready for today’s competition.

We settled down just in time for the entrance of the judge and her ring party promptly at 8.40am, they stood to one side of the ring and the parade of this year’s competitors got underway, quite a good crowd already in the stands which is usual for the weekend. As each handler and dog enter they receive a warm welcome. Introducing them and giving details on where they won their tickets is our announcer Gerard Paisley.

The announcement that Crufts is officially opened comes over the tannoy at 9am and then Gerard introduces today’s judge Stella Henstridge, he gives a short round up of her judging career, this is followed by the introduction of today’s ring party.

For today the judge is in a lovely pink and grey floral long line jacket paired with black trousers and a black top. The female stewards are in dark trouser suits with a red top and the male steward are in grey suits, pale pink shirts and a red tie, again colour co-ordinated and looking very smart.

END_OF_DOCUMENT_TOKEN_TO_BE_REPLACED 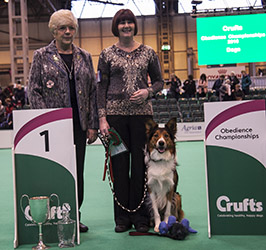 An early morning set off for us, and a short journey on the M42 from the hotel up to the NEC for the second day of Crufts 2016, just a short queue on the way into the car park and then across to Hall 5 for today’s Dog Obedience Championships.

It’s just before 7.30am when we arrive so chance for a strong coffee to keep us going for the morning, then a walk round to see all the benches festooned with their cards, presents and balloons. We deliver our cards and then it’s off to settle into our seats ready for the build-up of today’s competition.

Promptly at 8.40 the judge and her ring party enter and stand to the left of the ring, then the parade of this year’s competitors gets underway. Already some spectators are arriving and they greet each handler and dog with a round of applause. Introducing the teams and giving details on where and under whom they won their tickets is our man on the mic Gerard Paisley.